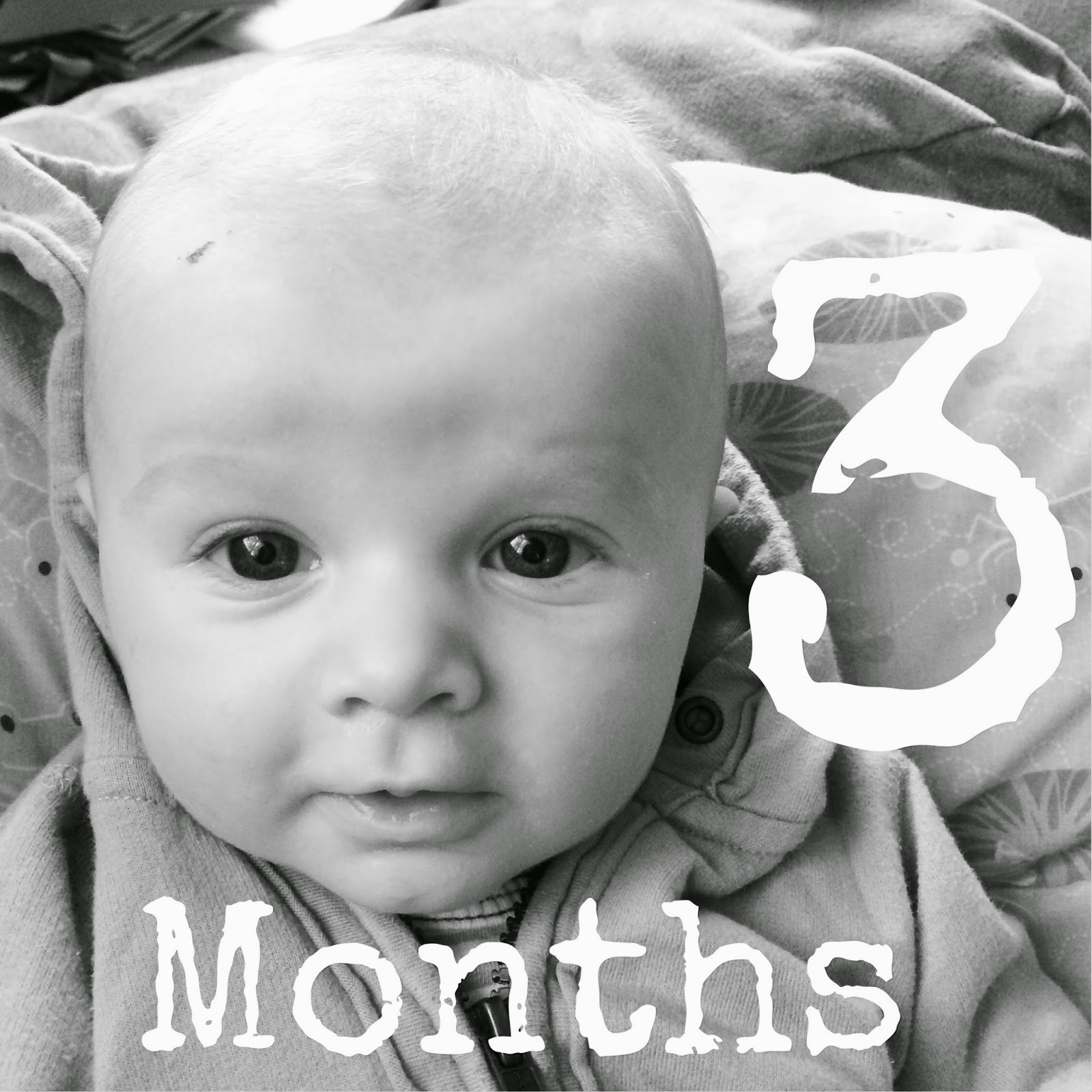 Today marks the day that Cody has now been with us for 3 months. I think it's pretty cliché to say, but it's hard to believe that the time has gone by so quickly because it feels like he's always been here with us.  ﻿ 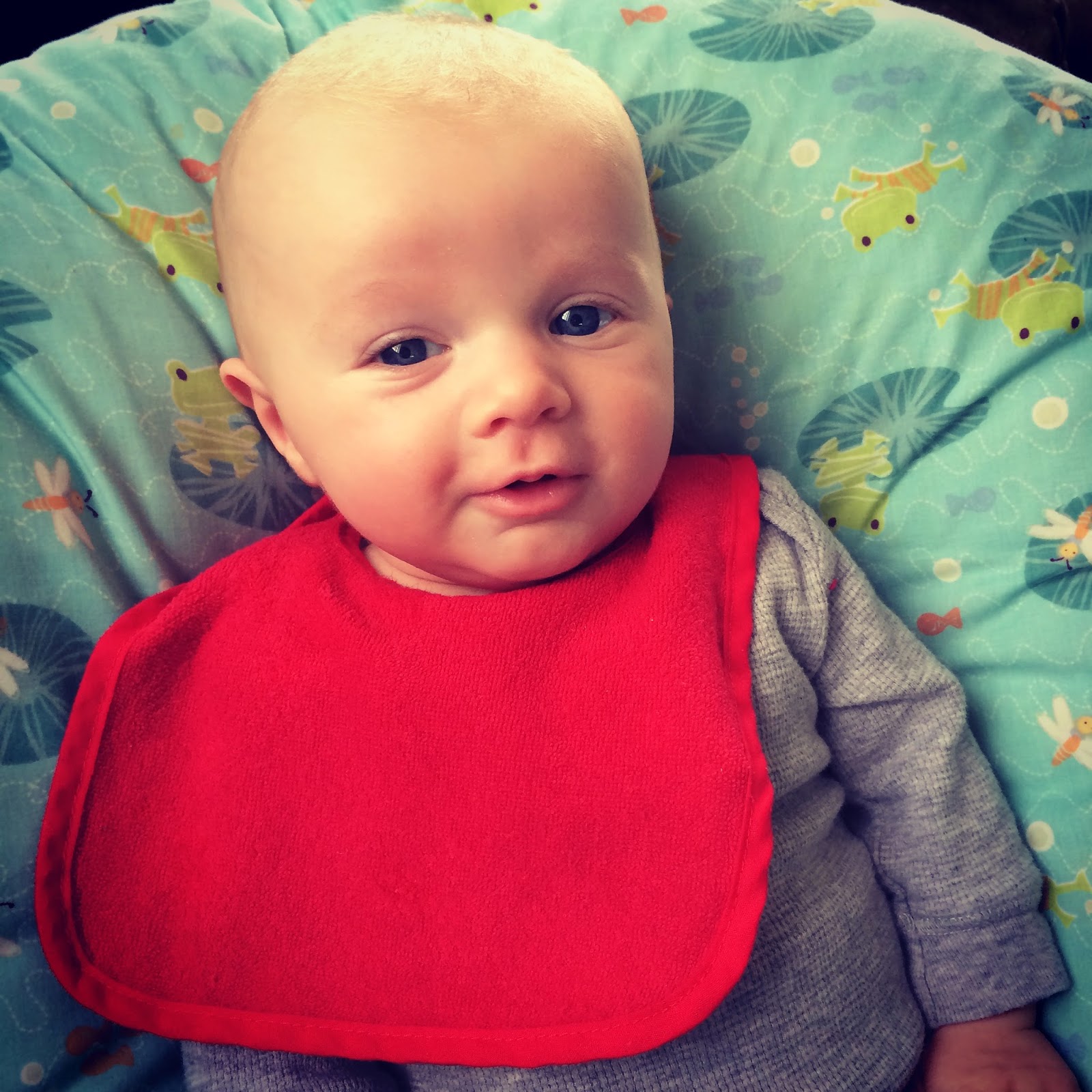 I have really enjoyed my time home with him and am feeling a little sad that I will be going back to work (although I know he will be in GREAT hands at Good Hands Daycare), especially because now he is interacting so much more.  He has been smiling and starting to giggle all of the time and loves it when you talk to him.  He is just starting to get to the point where he knows when you leave the room and I can often hear him start to whine until I return. 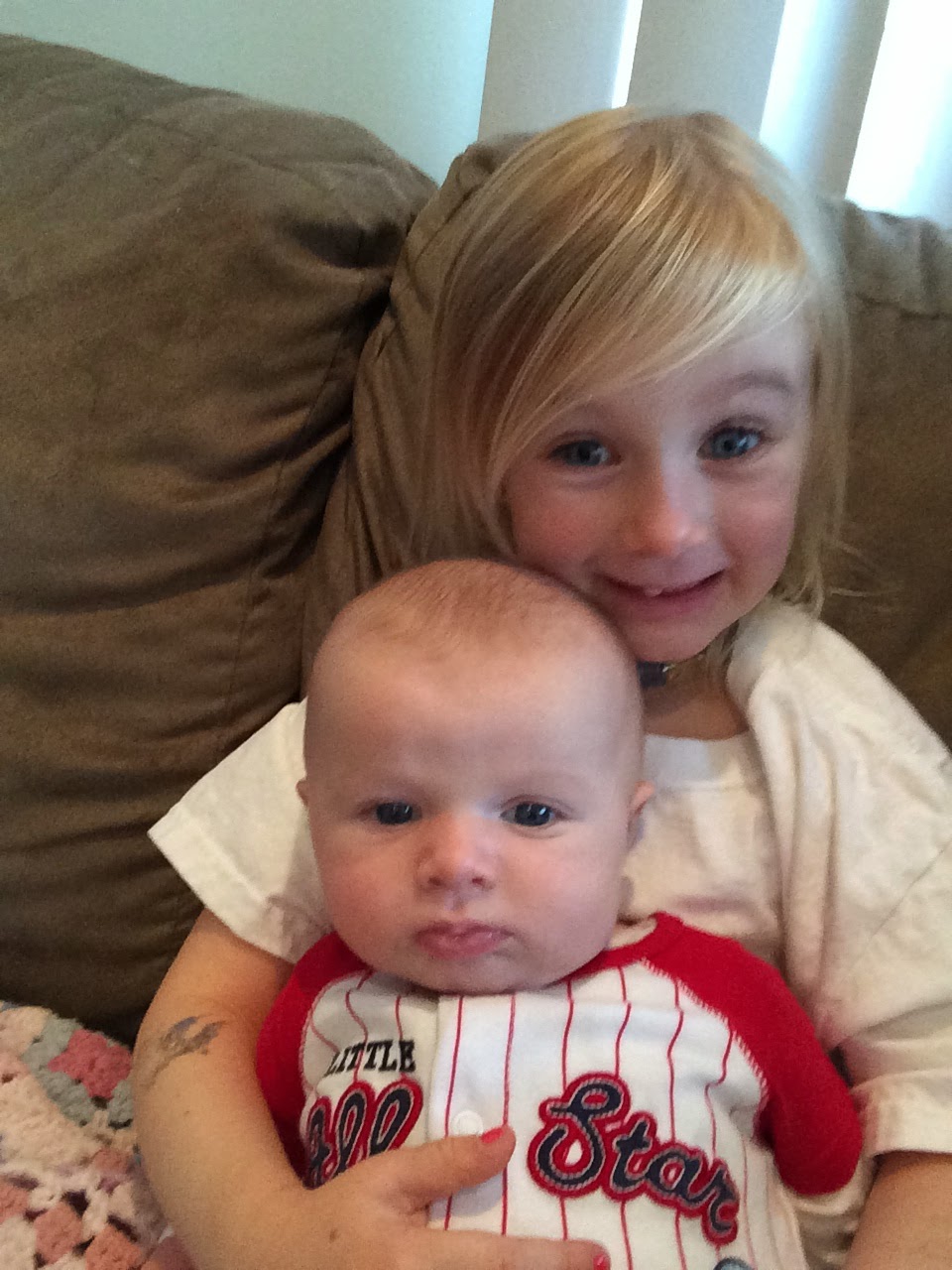 One of the things I love about him is that his cheeks are so rosy and warm.  They make me want to kiss them all of the time. 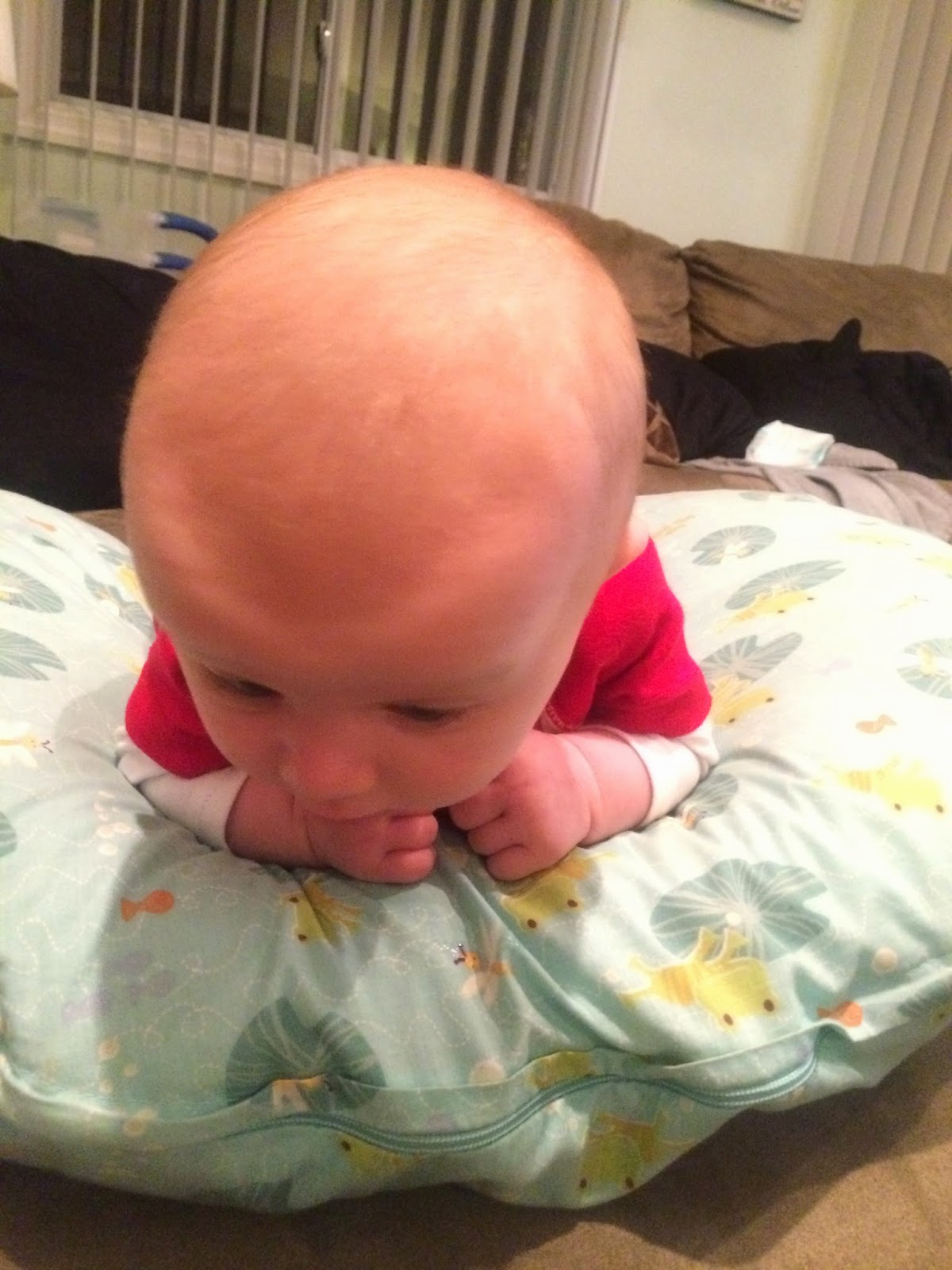 The one thing he hates the most is tummy time, although he is slowly becoming a little bit more tolerant of it.  He is not a fan of snuggling tight in your arms (cradled in your arms) but he does like being held "loosely" or sitting in your lap either looking at you or just resting there.  The easiest way to get him to go to sleep at times other than bedtime is to have him moving either in his bouncy seat or the car seat.  Since we are always on the go, he is generally sleeping most of the time he is in that seat. 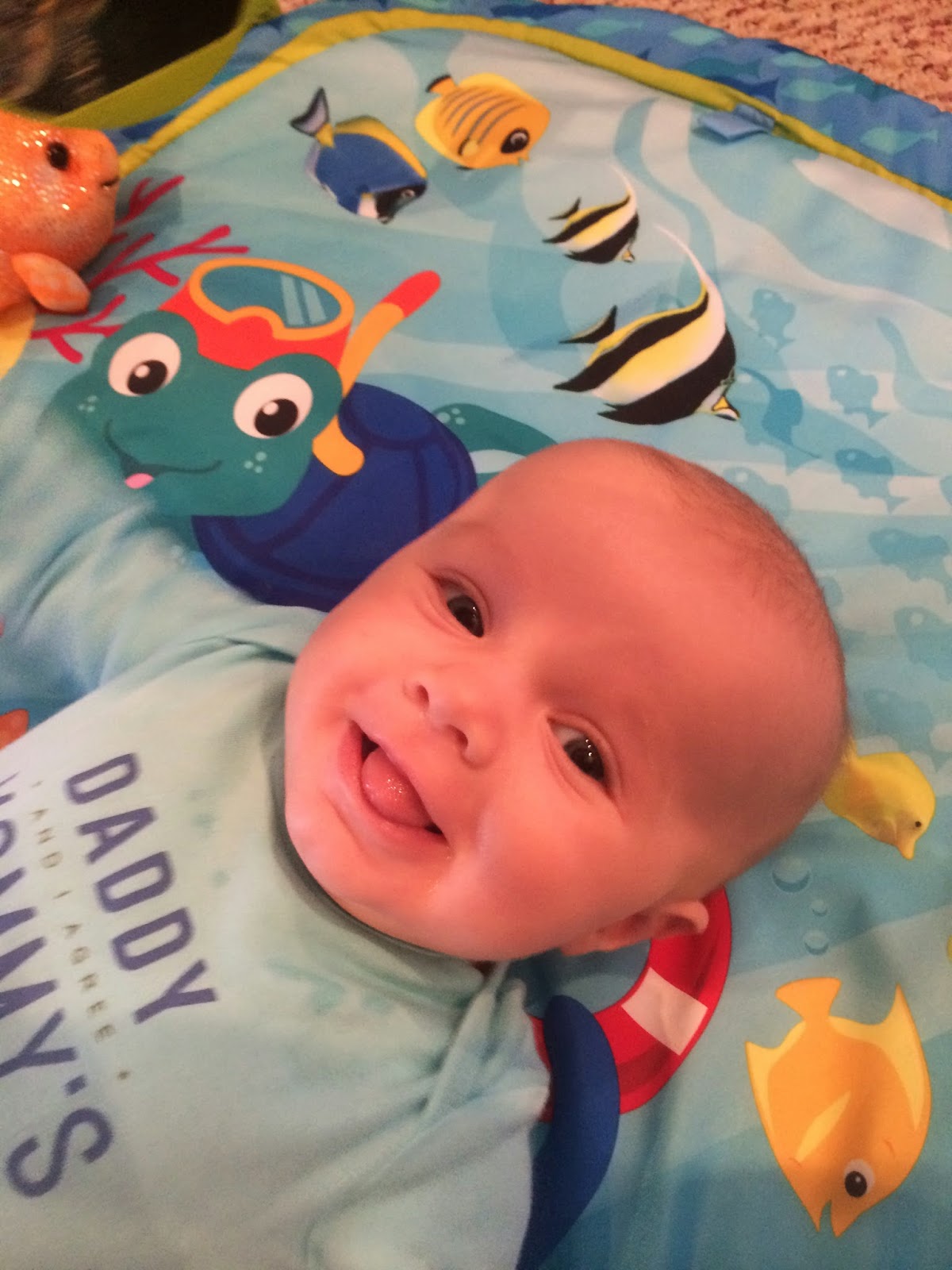 I am starting to notice more now that when he is on his play mat he is getting close to rolling from his back to his tummy as he reaches for the some of the toys.  I honestly thought Kailey moved him the one day and I reminded her she could only do that when I was around.  She kept arguing with me saying that she did NOT move him and now I see that he probably moved himself! 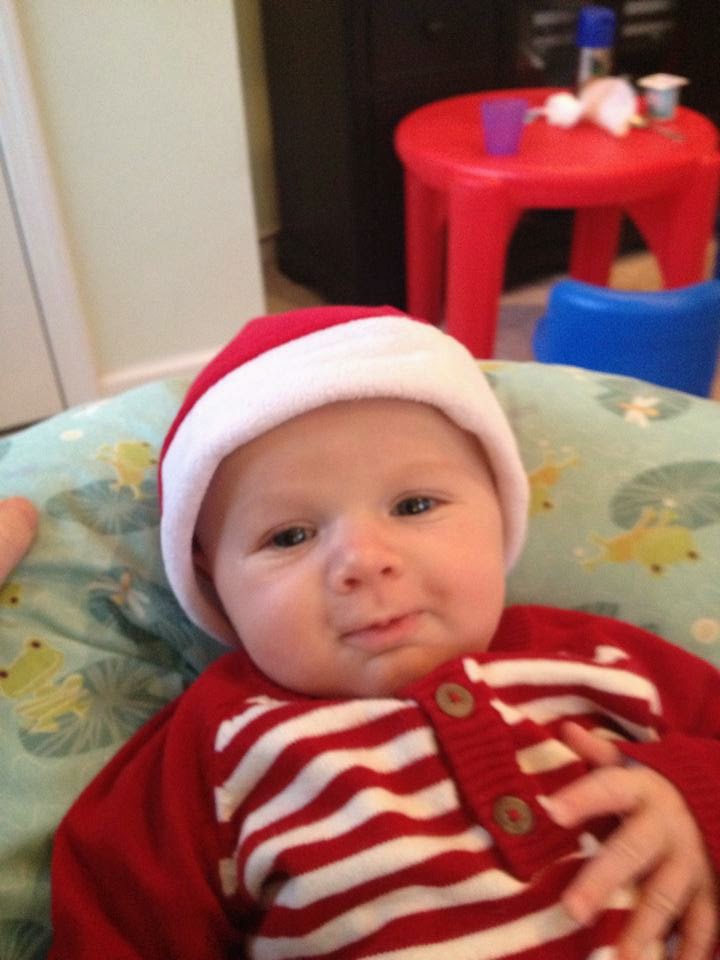 Since the week of Thanksgiving, he's been sleeping 8-9 hours at night although his wake up time is creeping earlier and earlier.  We just tried oatmeal for the first time today because he just never seemed content after drinking a bottle even though they are pretty hefty bottles already.  He seemed to like it so hopefully it will help a little bit. 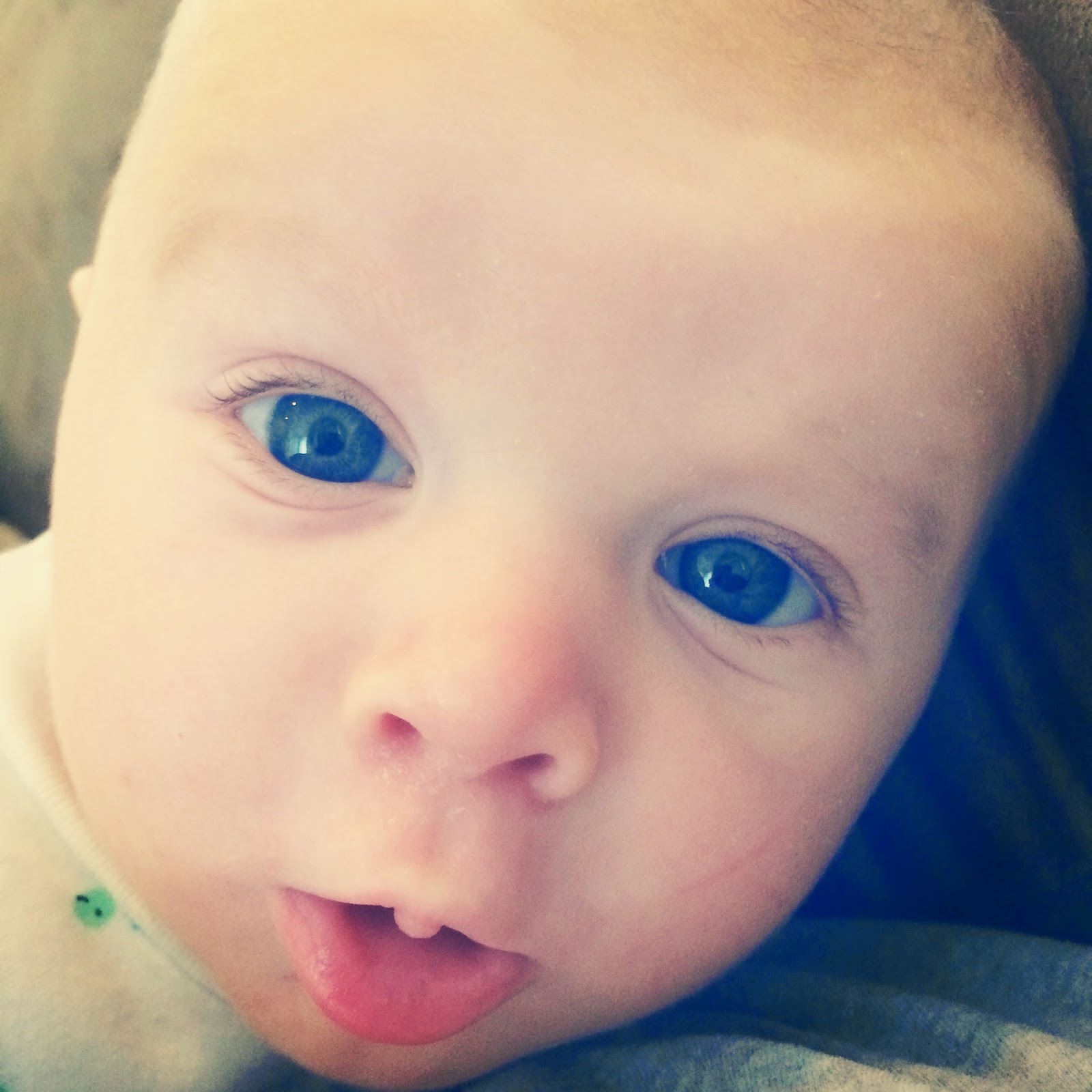 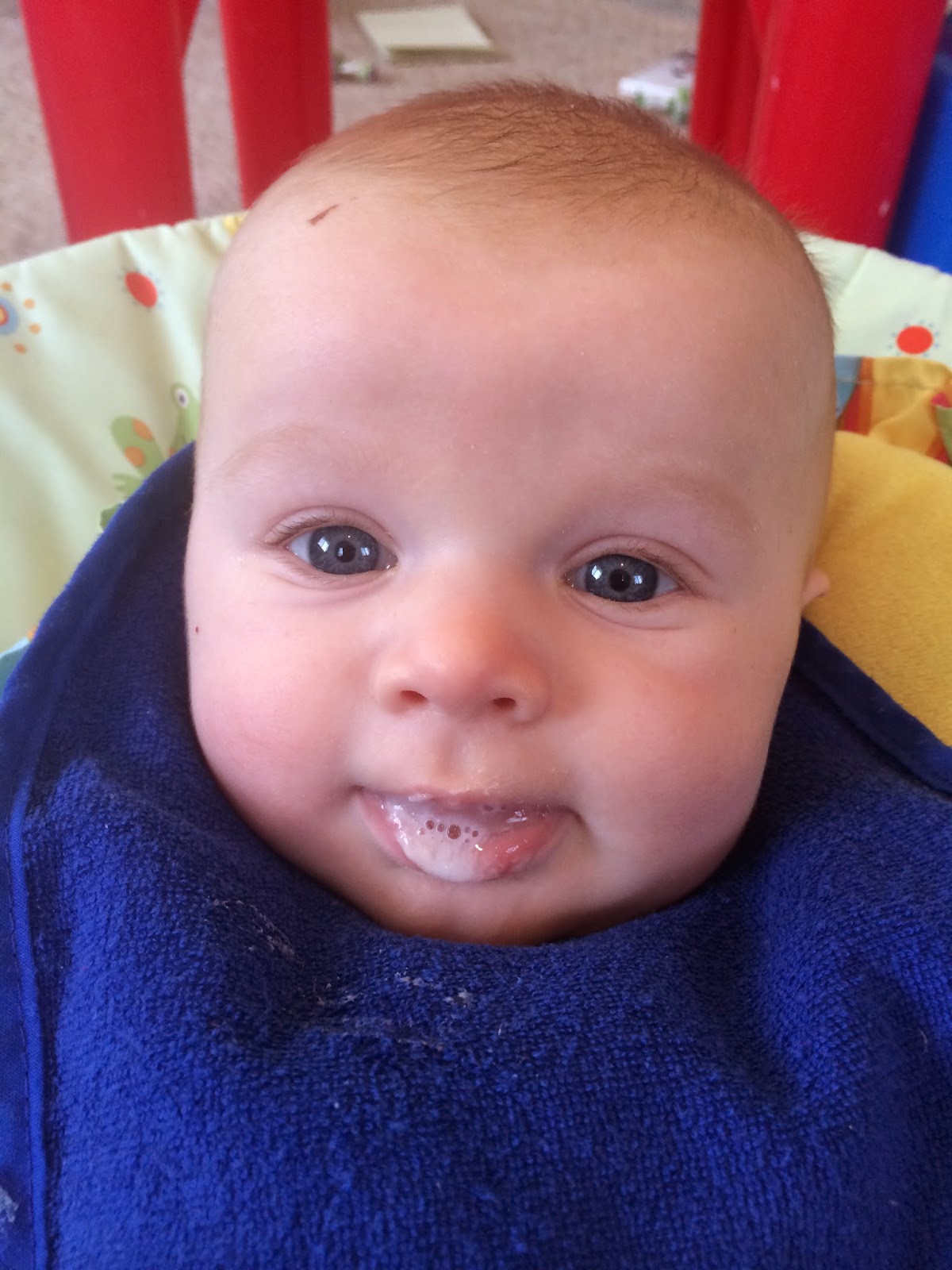 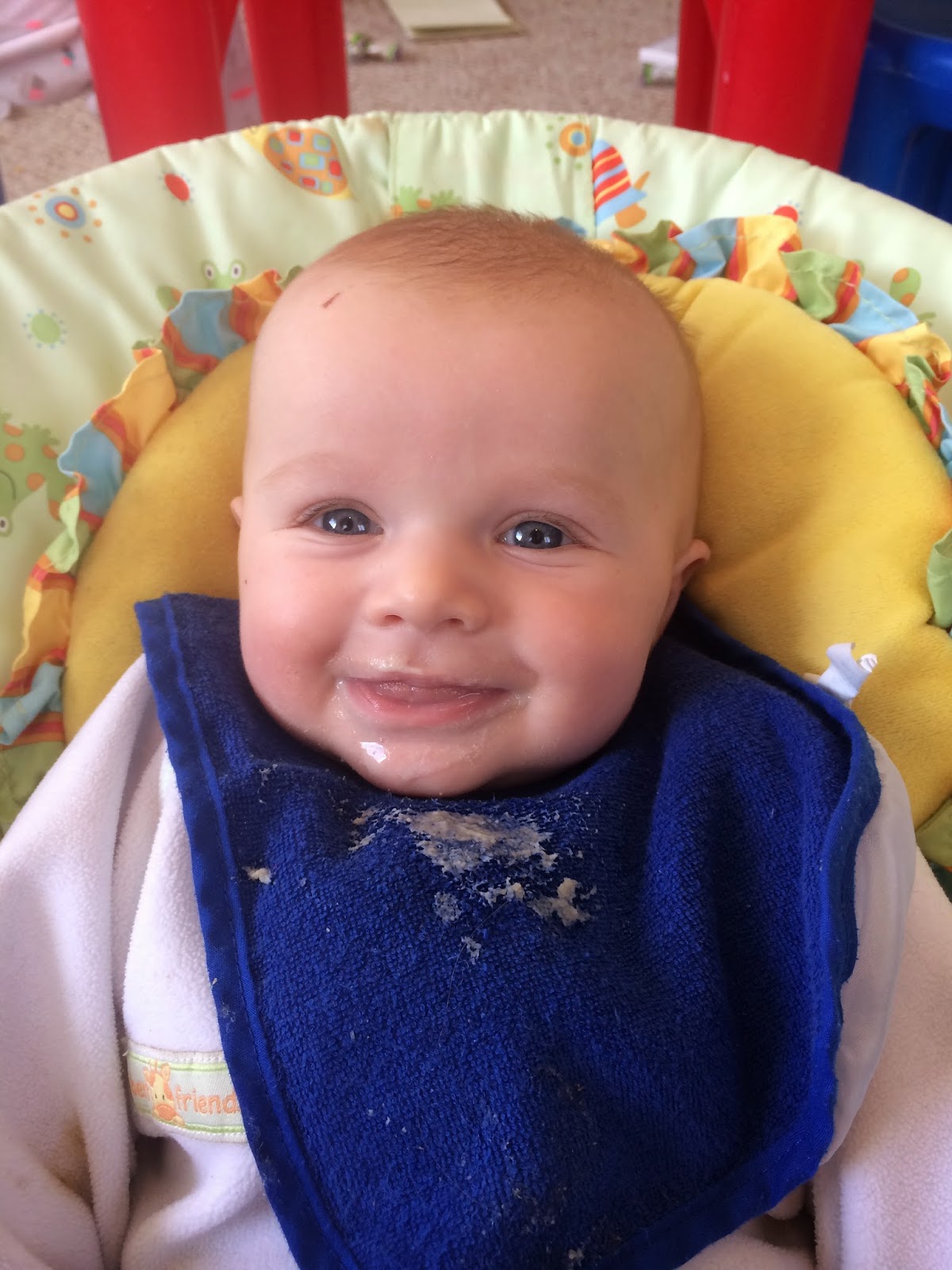 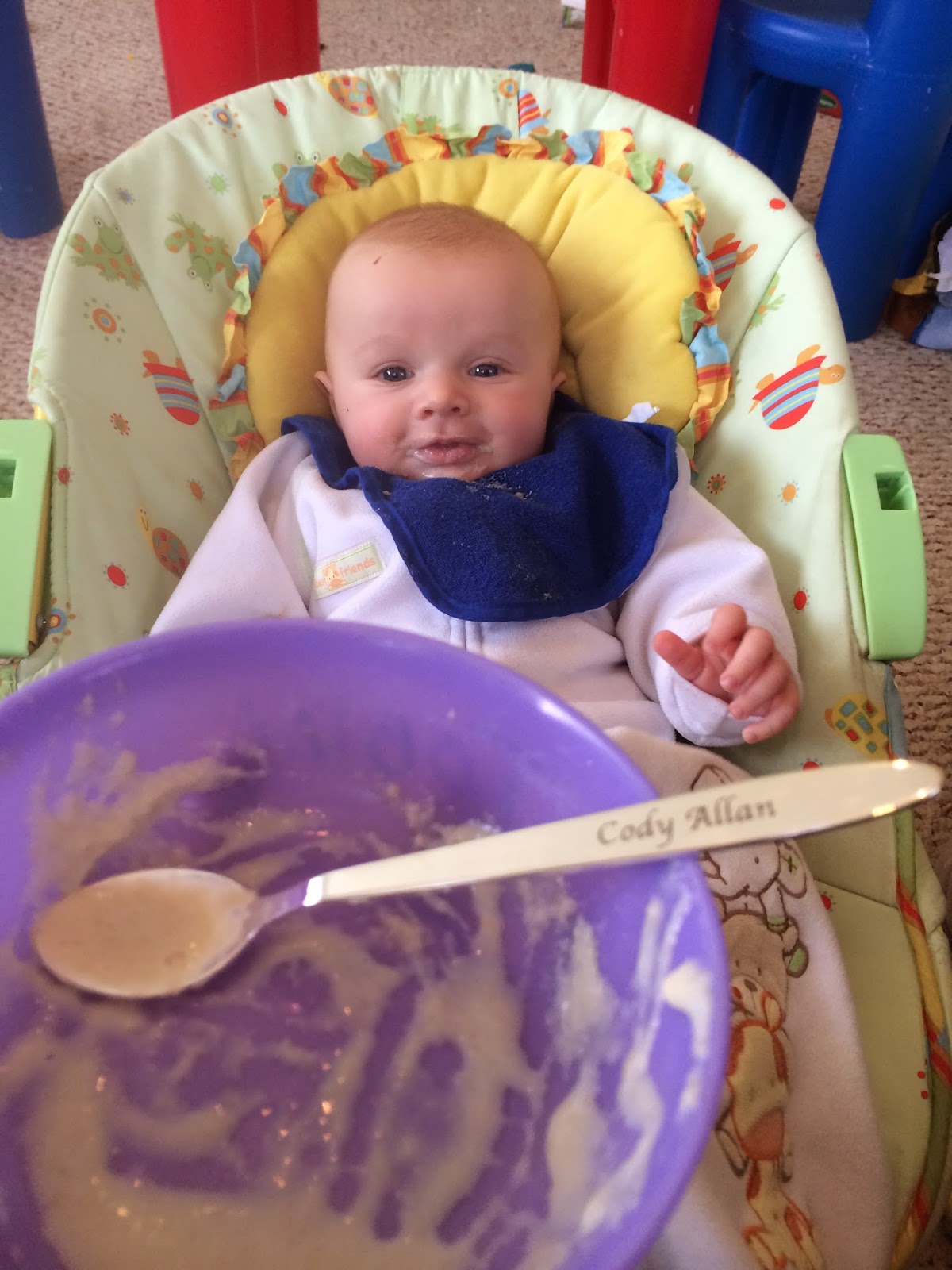 Looking forward to the next month with our Cody. We love him so much!