Eliminating Down Syndrome - a Scary Thought

My heart is feeling very heavy tonight as news is circulating this week in regards to prenatal testing, positive test results for Down Syndrome, and the percentage of expecting parents that are choosing to terminate their pregnancies. Iceland, Denmark and the United States are countries on the top of the list that are using this new technology (identifying genetic conditions at early stages of pregnancy) to make decisions about the lives of these babies. Most of the news pieces are focusing on Down Syndrome (one of the most common genetic conditions) and particularly in Iceland, a "vast majority of women --close to 100%-- who received a positive test for Down Syndrome terminated their pregnancy". 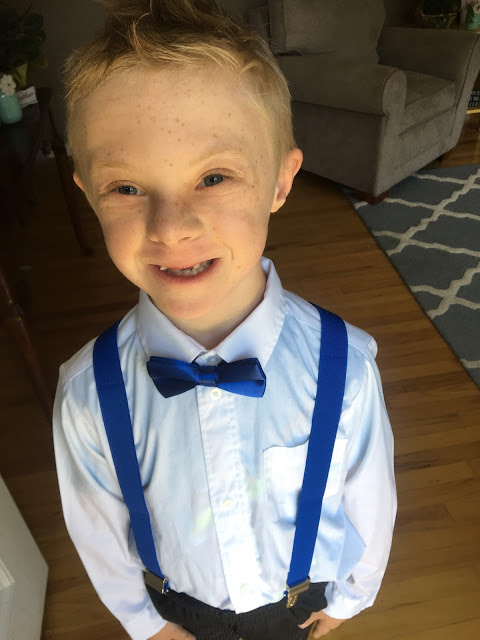 At the time I was pregnant with Colin, the only prenatal screening that would have given us a definitive answer in regards to whether or not he had Down Syndrome was either the Chronic Villi sampling or an Amniocentesis. Despite having a soft marker for Down Syndrome, we opted out of these invasive tests (which were not presented to us with any sort of bedside manner suitable for parents who were feeling scared and confused) because we knew that regardless of what the outcome was, we were going to raise this baby of ours. In the end, we never knew that he had Down Syndrome until he was born. 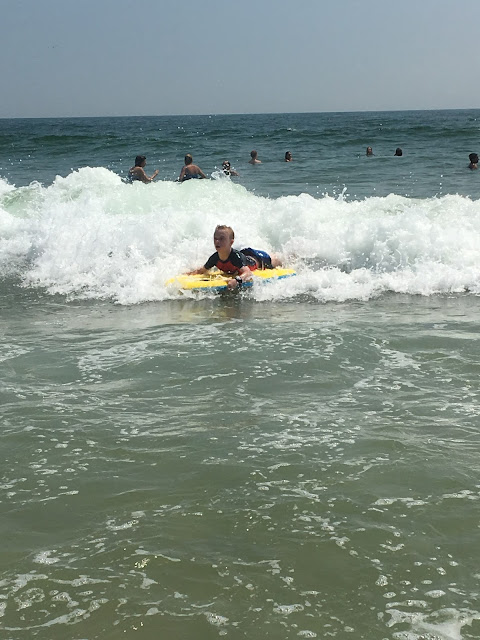 I can't say that Down Syndrome was ever part of our plan or even the life we expected for our child, but it has also shattered any sort of belief or expectation of what we thought a child should be like. While there have been many challenges and difficulties along the way, the number of life changing moments have far surpassed anything that has been "hard". Colin has changed our life in such a profound way that I actually hate to think about what I might be like as a parent, and especially as a person, if Down Syndrome wasn't a part of it. 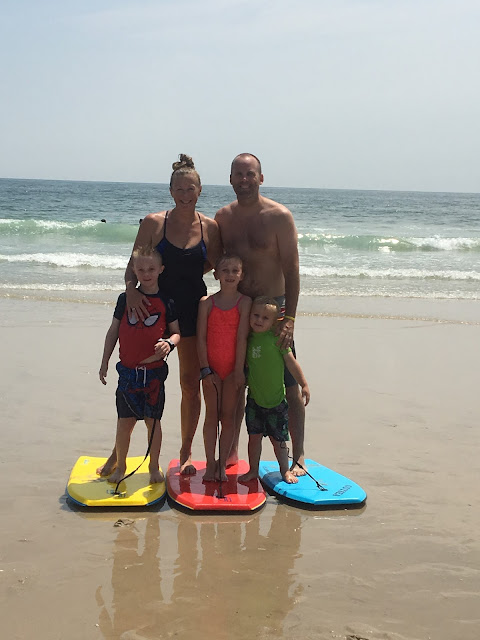 I have not been able to shake this feeling of sadness I have after reading these articles but more, the comments that are being publicly posted on these articles by people who simply cannot accept anyone that is not like them. I am reading things like "they make life hard for those around them", "they are a burden", "they can't live a life like the rest of us", and many more that are just too painful to read. And then, I can't stop the tears from flowing because I look at my beautiful son and I simply CAN NOT imagine what life would be like had he never had an opportunity to live it. 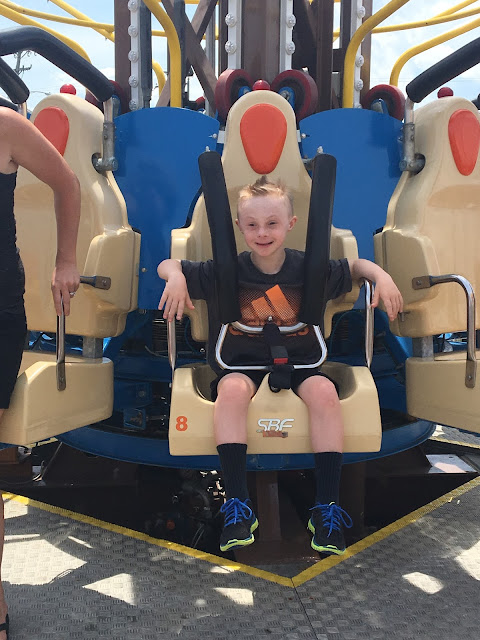 The problem with this new technology is not that it exists. I took advantage of it when I was pregnant with Cody because Chris and I felt that at that time in our life, it would have allowed us an opportunity to be prepared for the baby's birth and what kinds of things it might need medically. What scared us the most when Colin was born was not the diagnosis itself, but some of the things that made him more medically fragile than other babies. The problem with the new technology is the lack of education the medical community provides to their patients when strongly urging them to consent to the prenatal testing. Many friends and family members that have opted out of the genetic testing have been met with heavy questioning by their doctors as to why they would choose not to consent. Even today when there are so many opportunities for people with Down Syndrome, people are still led to believe that terminating a pregnancy is the best option. It is one sided. People do not get to know "the other side" because it appears to be a "one size fits all" option for parents. 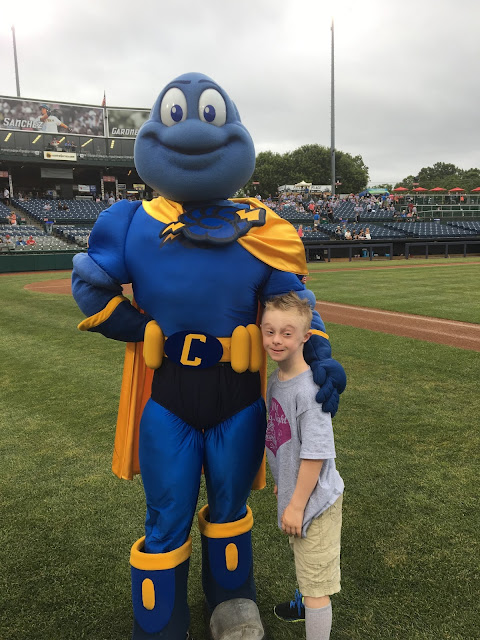 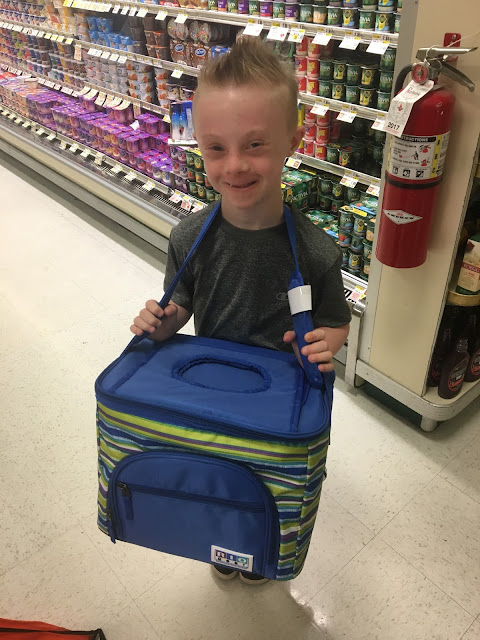 More times than I can count, I have been told two common phrases, "I don't know how you do it" and "God only gives special people special children". If I was asked the question at any point prior to Colin's birth if I thought I could "do" this, I would have told you NO. I probably would have been the one to say to someone with a child with Down Syndrome "I don't know how you do it". But oh God, I would be missing so much love and wonderfulness if it wasn't for Colin. 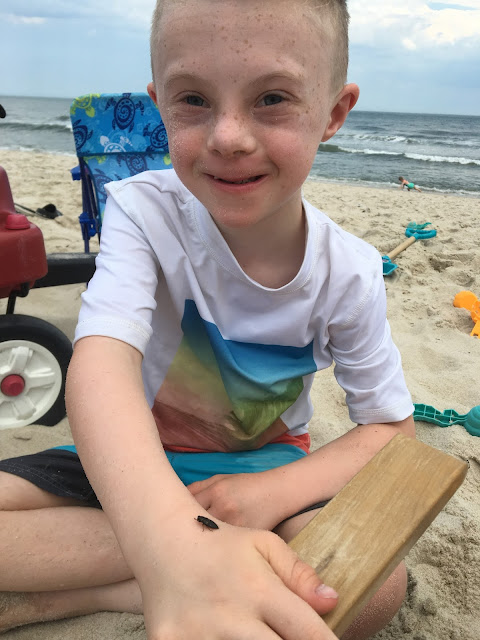 When Charles Darwin went on his historical voyage in the 1800s to the Galapagos islands, he discovered that the diversity of living things was far greater than anyone had ever expected and that these living things changed over time. It was never intended for us to be the same in any way. Who decided that a life is not valuable? Who said that someone like Colin doesn't have a place in this world? Who said that your level of intelligence was the only defining characteristic in life? Who said that anyone is perfect? Whether it's God you believe in or just life itself, there is NO evidence anywhere that defines perfection. If you have stumbled across my blog because of the title (which is what I was hoping for when I used it) and are facing a diagnosis of Down Syndrome, I beg you to give your child a chance at life. You will be profoundly changed because your child will surprise you in ways you could never even begin to imagine. There is so much love! You can never anticipate what kind of challenges any. kind. of. child. will bring! There are so many scary things in life but Down Syndrome doesn't have to be one of them. 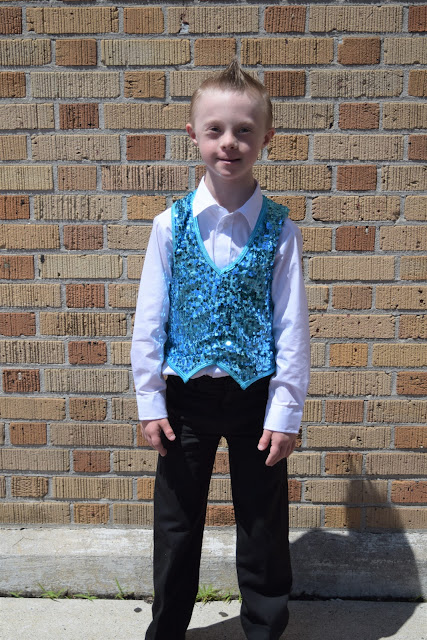 I am so thankful that God blessed Chris and I with this child with Down Syndrome. He is so much more than the plans I had for myself. He is love.
Posted with love by Kelli at 9:58 PM 1 comment: