I've been sitting on this blog post for the past week and every time I sit down, I can't find the words to adequately describe how I have been feeling. I thought that it would be fitting on the eve of teacher appreciation week to finally say what's been on my mind all week. 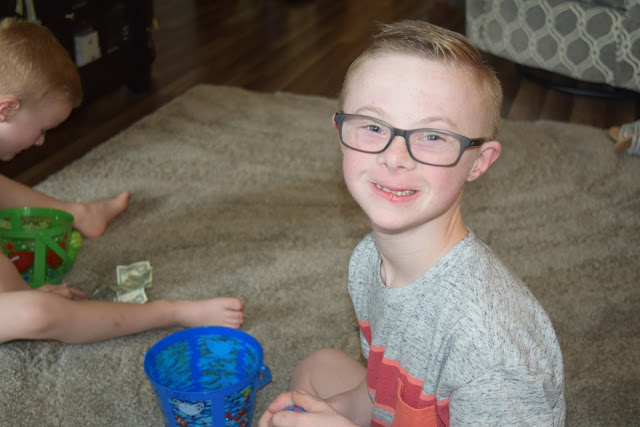 This past week was Colin's annual review IEP meeting in conjunction with the discussion of his reevaluation testing. Although we were confident going into the meeting because of how well things have been going, there is still always a certain level of discomfort going into any of these meetings and as always, we were feeling it. In fact, Chris and I both commented that even seeing "see you tomorrow" in an email prior to the meeting gave us "that" feeling. Back in the fall at a meeting, Chris and I were presented with reevaluation testing for Colin which included an IQ test by a school psychologist (his case manager), an educational test by an LDTC (learning disabilities teacher consultant - someone from a different elementary school) and a speech evaluation by his speech therapist. We deliberated over this for over a week because we felt like deep down we did not want it to be done (specifically the IQ test) and talked to/read in blog posts the perspectives of many different people in different positions. While there were many pros and cons our list, we ultimately decided to consent to all testing for several reasons. The primary reason was that over the past few years, things have grown increasingly more positive with our team working with Colin and we felt that no matter what the results were, his team would continue to look for his strengths and would not use these test results as any defining piece to who he was. Leading up to the meeting, we had received the results to all of the tests and in all honesty, we really just skimmed through it all and focused on the positive pieces we could take away. 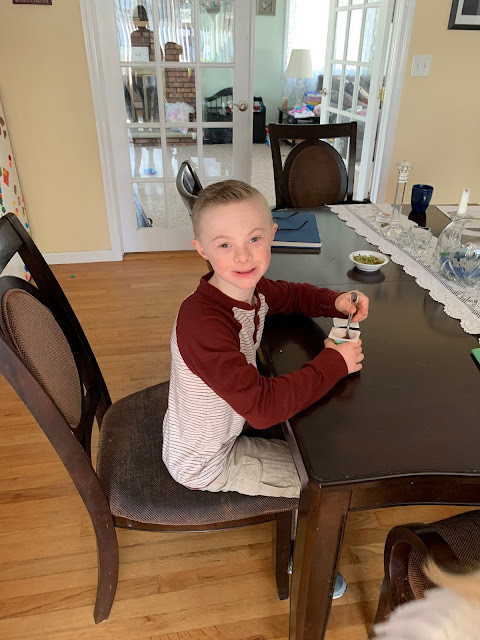 One of the positive changes that the district has implemented over the past year is giving families an agenda for the meeting at the start. This is a simple tool to knowing what is coming and when throughout the meeting. Our meeting included our case manager (school psychologist), the LDTC from the other school who did the educational testing, the school principal, general education teacher, special education teacher, physical therapist, occupational therapist, and the substitute speech therapist. Our meeting began with the results of the testing that was done and everyone highlighted Colin's strengths. While there was some discussion on where he did not do well, this was not of course, the focus. Many years ago, this would have had a far different effect on me, but I know more than ever that these tests do not give the most accurate picture of who Colin is or what he is capable of. 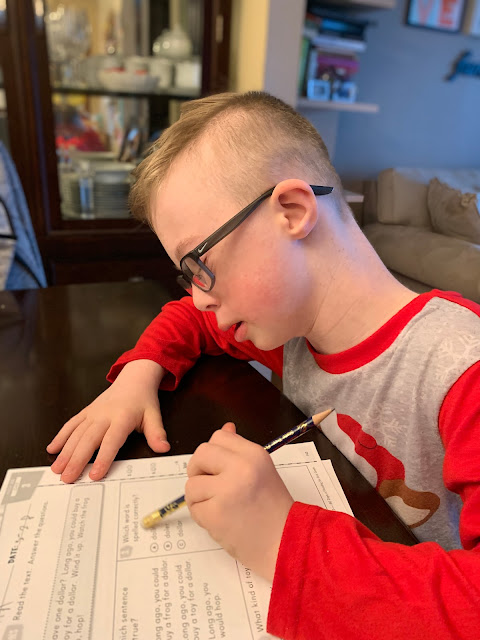 Once we got through the results of the tests, the meeting turned to what I enjoy the most, listening to the members of Colin's team share all things related to the progress he is making. Colin is making SO much progress academically, socially, and personally and there is nothing more exciting that listening to Colin's teachers and therapists share that with us. Chris commented how amazing it is to listening to the teachers feed off of each other in their excitement of what techniques and strategies they are utilizing with Colin and what they are finding is working with him. We also LOVE listening to their stories about him in school and in all of the ways his personality shines so bright there. He's a funny guy! They work SO HARD for him and Chris and I couldn't be happier to be in this moment with this school community of people who love and care for our special little boy. 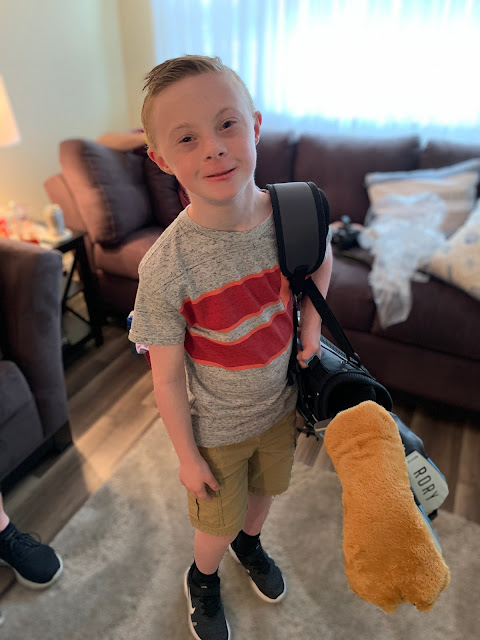 On Tuesday when I went for a run after the meeting, I was reflecting on this journey we've been on over the past 10 years, particularly, our journey with including Colin and what popped into my mind made me laugh to myself. I started thinking about a flash mob; at first, there is just one person that starts dancing to the music, and then one after the other more and more join in until there is a large group of people dancing together following the original one who started it. When we first started pushing to have Colin included in elementary school, we felt so alone and often questioned whether we were making the right decision. We were that lone person that starts the flash mob. Over the past 2 years, Colin's team has strengthened so immensely and there have are so many people who are truly behind him that our hearts are filled with so much gratitude. There is so much progress and Colin is a valued, contributing, and special member of his school community because the staff at his school have made it that way. He is included. Our flash mob is filled with so many people dancing together behind Colin because we support and love him so much.

There is absolutely no way to express just how thankful we are for that. We are still coming off of the high of another amazing meeting thanks to an amazing IEP team!
Posted with love by Kelli at 9:45 PM No comments: