It has become a tradition now for the past few years for Chris to take Kailey on a date around her birthday. It is something that she looks forward to every year and it is very clear to me that she recognizes how special it is. She talked about it for days leading up to it and then smiled so much following the night. 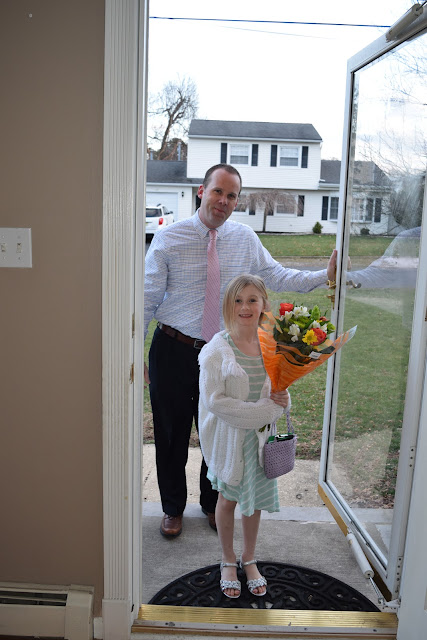 This year, Chris came home from work and while he was getting ready Kailey told him she wanted to dress him for their date (this was after she picked out her outfit herself; she INSISTED on wearing high heels).  He had mentioned to her he already had an idea but she thought it would be best if he wore church pants, a church shirt, and a tie (all of which she then proceeded to pick out). 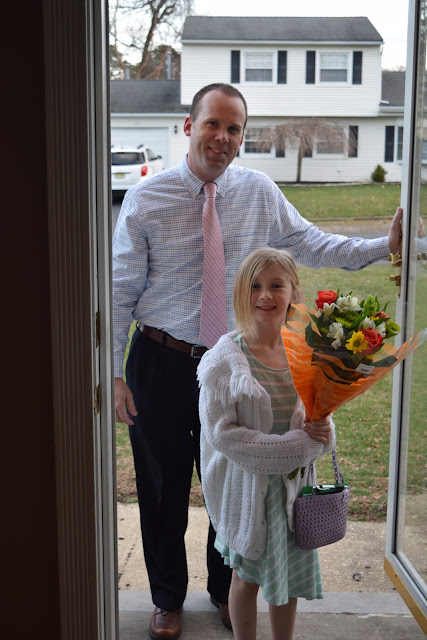 He then snuck out of the house and came back around to ring the doorbell (which she loved) with the flowers he had picked up for her. 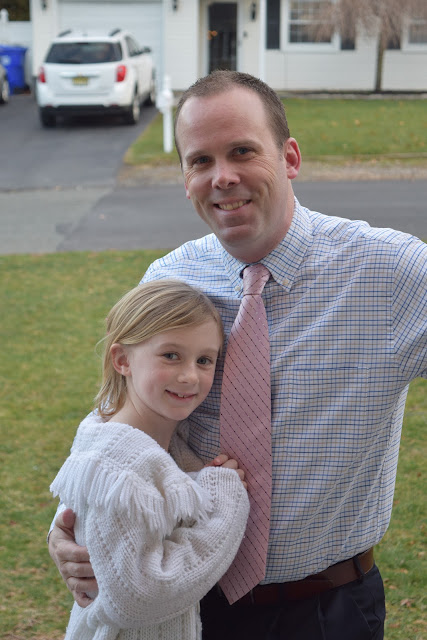 They had a  great night together and I love the fact that Chris is teaching her just how she should be treated... 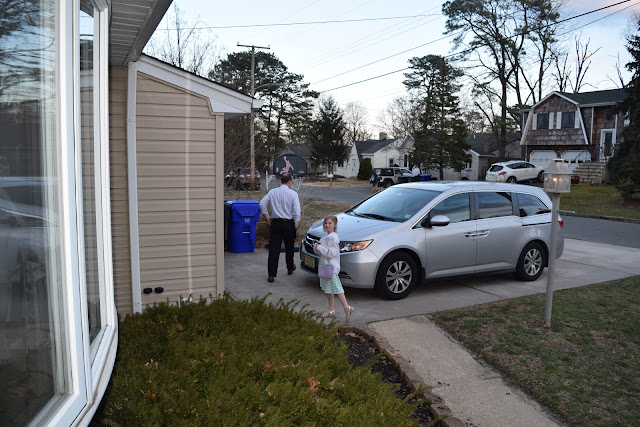 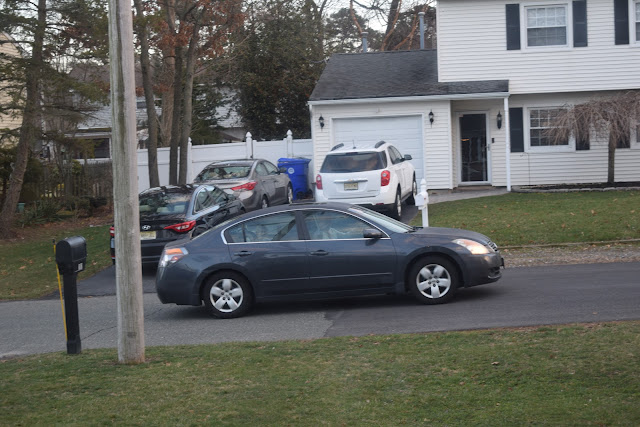 Posted with love by Kelli at 9:36 PM No comments: 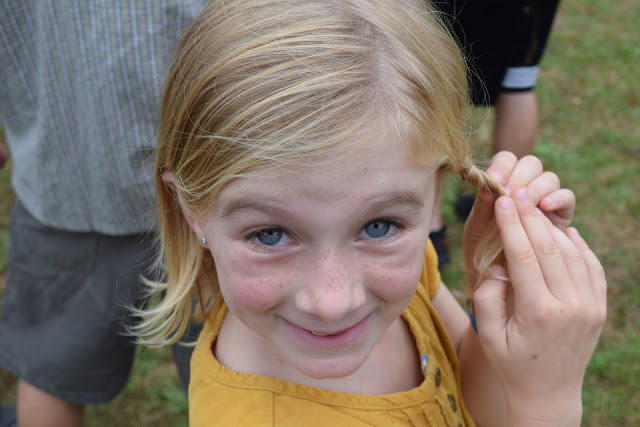 Today we will celebrate our beautiful daughter Kailey on her 7th birthday. After we had tucked her in, I saw her come back out and said that she couldn't sleep because she was just so excited about her special day. We have enjoyed watching her grow and change so much over the past year in so many ways. She loves to be in charge (I think her brothers can attest to that) but she can also be incredibly accommodating to make sure that everyone is happy. She is so creative which we are seeing in all of the pictures that she draws. She loves to be active riding her bike, running around outside, participating in karate, basketball, soccer and dance. We are so proud of her in all that she is accomplishing academically in school and thankful that she has found a nice group of friends.

We love you so much Kailey! Happy 7th Birthday!

The Use of the Word "Retarded"

I hate to actually say this out loud because I am incredibly embarrassed to do so (not to mention, it hurts my heart), but when I was younger (my high school years) I said the word retarded enough that my mom used to correct me when she heard me use it. I can vividly remember my responses; "I'm not being mean", "I don't mean it like that", and my excuses went on and on. Eventually my use of the word was phased out (it just seemed to be a common thing at the time) and I (albeit very slowly) realized that it was not something that was appropriate to be used. Not that I can use this as an excuse, but I honestly didn't know anyone personally at that time with a disability, even in school. 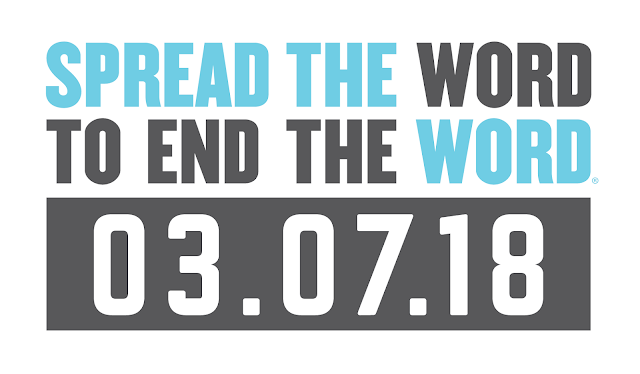 Then, THIS guy came into my life and EVERYTHING changed. 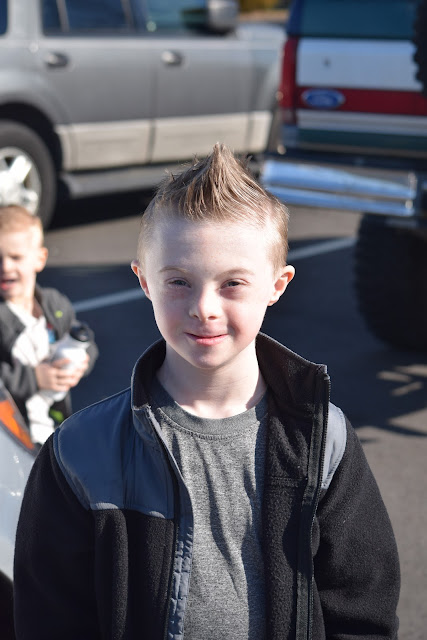 Colin has Down Syndrome which is an intellectual disability. This means that although he will learn everything any other 8 (or almost 9!) year old will do, sometimes it takes longer than his typical peers. One of the most prevalent things we have learned in the almost 9 years of having Colin is that he WILL accomplish all of the same skills that other kids are mastering in the same phase of life. Sometimes these skills are more difficult for him because of physical features that are unique to those with Down Syndrome, or due to muscle tone that is weaker or simply because his processing speed is different than his peers.

I have realized that sometimes people perceive a slower speed at acquiring skills, or a difficulty, or an inability as them lacking something that other people have. When I have heard the word "retarded" used, it is often used in a phrase that assimilates words like "stupid, dumb, etc.". In our society, a medical term that once referred to those with an intellectual disability (mentally retarded) ended up getting inappropriately used as a slang term. 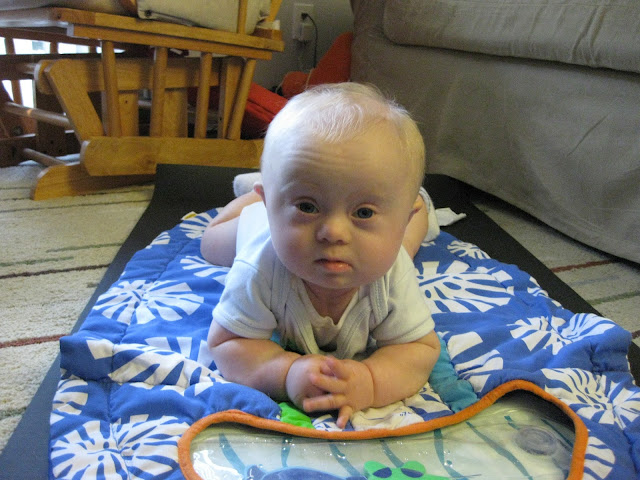 There are so many milestones that stand out to me in all of Colin's years like the first time he could hold his head up, roll over, make a sound, sit unassisted, pull to stand, crawl, walk, talk, recognize letters, read, etc. and they have all been accomplished exactly when Colin was ready to do so. We have been so incredibly proud of him for all that he has been able to do in his 8 years of life but just because he hasn't done them on the "right" timelines doesn't make them any less important.

Using the word retarded is incredibly hurtful to those living with intellectual disabilities. By using that word, it implies that they are less of a person than you and that is just not right. 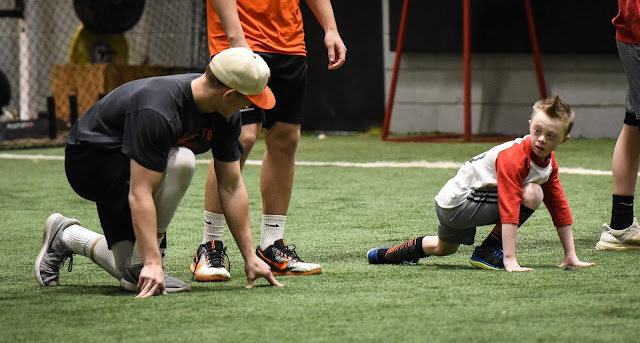 Colin astounds us every day because with incredible patience and keen observation skills, he is able to do all of the same things his typical peers do. We owe a lot of this to his typical friends and his siblings who have walked beside him on this journey and give him the time he needs.

I beg you to recognize the fact that we all work on our timelines and some of them are much different than others; that doesn't make them any less of a person than you and I.

Please consider your use of the word retarded (if it is a part of your vocabulary). It is offensive, it is demeaning, and it should not be used. 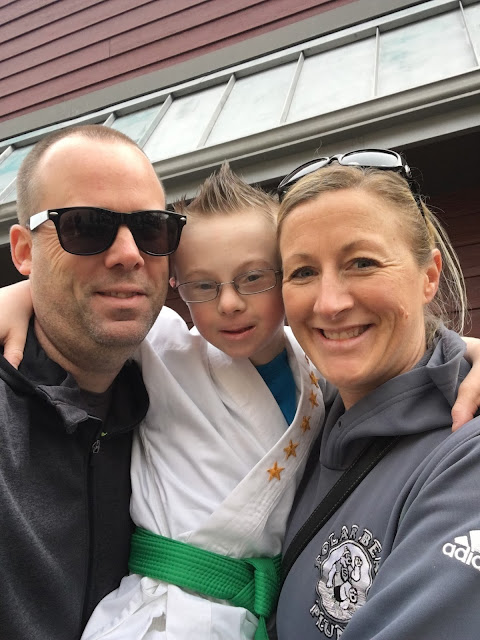 Posted with love by Kelli at 10:29 PM No comments: