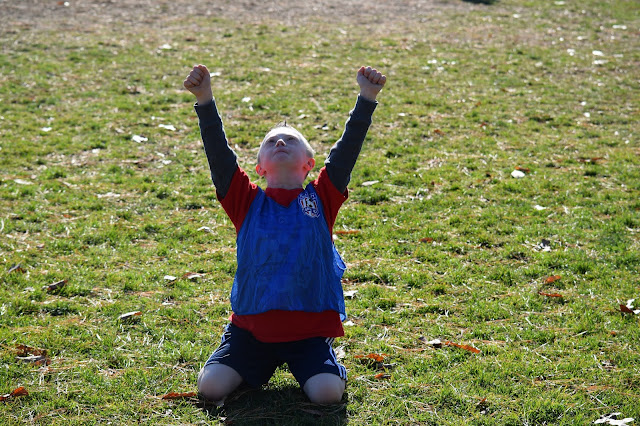 Chris and I are so proud of Colin for how hard he has been working to get where he is. It's certainly not easy for him and some days are very frustrating and challenging, but I haven't been able to stop watching this video because of how much it makes me smile. We are constantly told by the district that Colin should be in a self contained class for a whole list of reasons, yet this was the same assignment given to his entire class and he read the story independently!

We are so proud of him and love times like this where it all comes together for us!

Posted with love by Kelli at 8:41 PM No comments:

A Trip to the ER

Last week we took an unexpected trip to the emergency room when Colin fell out of our parked car backwards. We had just gotten home from school and like I always do, I opened both sets of sliding doors. While I was unstrapping Cody, Colin (according to Kailey) was trying to climb up on his car seat while pulling up on the side of the roof at the same time. He must have slipped during the climb and fell out backwards. As I rounded the car, he was laying on the ground and while he was conscious, he wasn't answering me. He was trying to sit up so I went to pick him up and he was totally limp in my arms. His eyes were wider than I've ever seen and he was looking around as though he couldn't see anything. After a short period of time, he finally started crying and was more "with it". The only thing he was really complaining about was the back of his head and most especially, over his neck. I had to laugh when we pulled in the parking lot because he stopped crying, smiled all big and said, "see mom! I'm all better!". 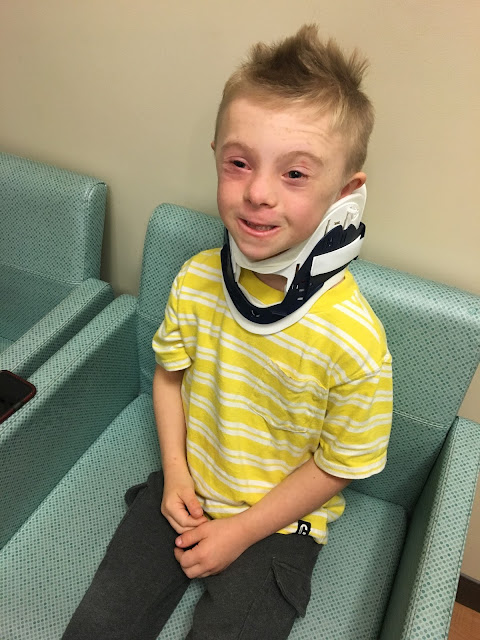 While we were at the emergency room, Colin was the best little patient just like he always is when visiting the doctor. They needed to put him in a collar and get an x-ray and he cooperated through each part. Thankfully, we were much relieved to find out that he was completely ok. Once all was said and done, and Chris and I were able to relax a little, we laughed a bit thinking just how "normal" this was that Colin was just doing a very typical little boy thing in climbing while getting out of the car. Let's just hope next times "normalness" doesn't result in a trip to the ER. 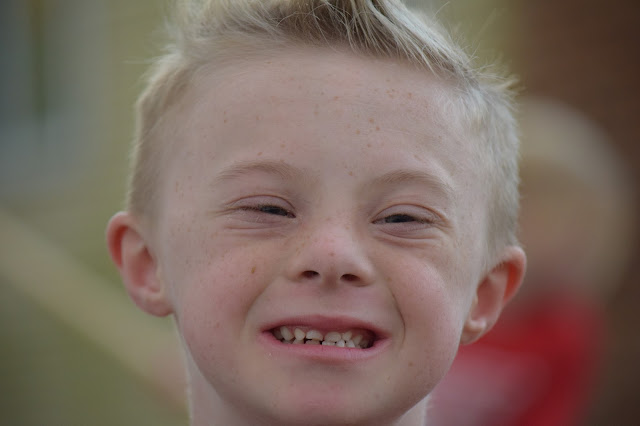 Trick or Treating with Colin

Halloween has always been a difficult holiday for us because although Colin loves dressing up in a costume, being in a parade, and giving out candy to people at our house, going out and trick or treating is filled with a lot of anxiety for him. Every year we are optimistic that it will be better for him, but each time we find that it's really not any different than the year before. We thought that maybe this year would be a bit smoother because he handled "scary" costumes much better at the parties we went to but we found that the moment we left the house, his difficulty started. 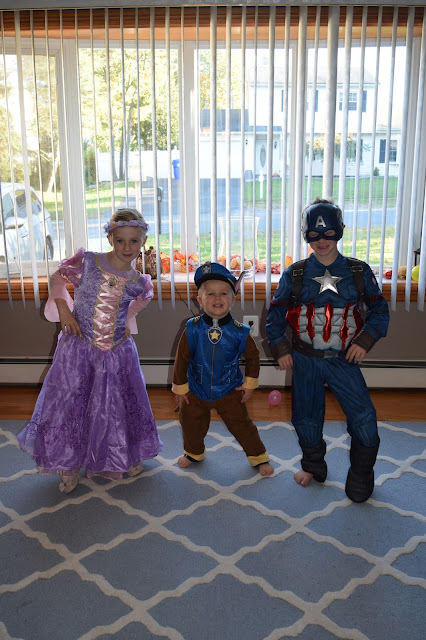 To an outsider, it may have looked as though Colin was just "having a tantrum" because of something related to candy or trick or treating, but in reality, he was really struggling with Cody and Kailey not doing exactly what he wanted them to do (stay close by, not run, not yell, not go up to someone's door, etc.) and he was anxious over things we still can't even quite pinpoint. The thing is, he doesn't even eat candy but we still want the tradition to be as normal as possible for him. He made it up to the door of a few houses on our street but then he kept getting worse and worse, crying and then asking to go home. We're not even sure exactly what the problem was, but he had his nervous face on and was so clearly uncomfortable that I just felt really bad for him. 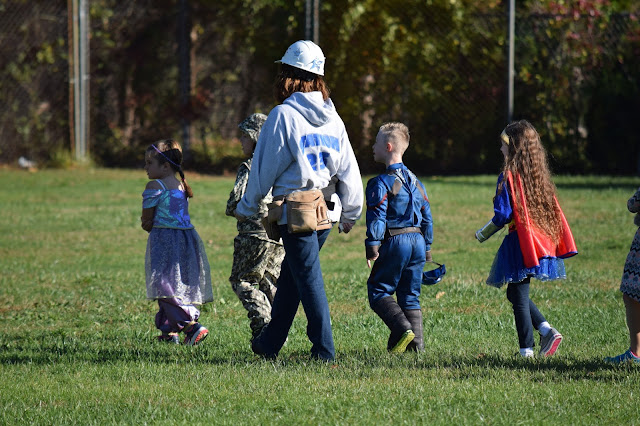 At the top of our street we finally decided to just let him go home with Chris and so they walked back together. I actually got a bit emotional myself because when we separated, Colin looked so sad like he wanted to stay together but not really sure why he was even feeling what he was feeling. I think that for Colin, because he has some difficulty with not knowing what to expect in certain situations, he gets really uncomfortable and then his behavior starts to change because he doesn't know how to deal with he anxiety of the situation. Even today we saw a residual of Halloween (despite going to bed normal time) with his being tired/worn out and really emotional. 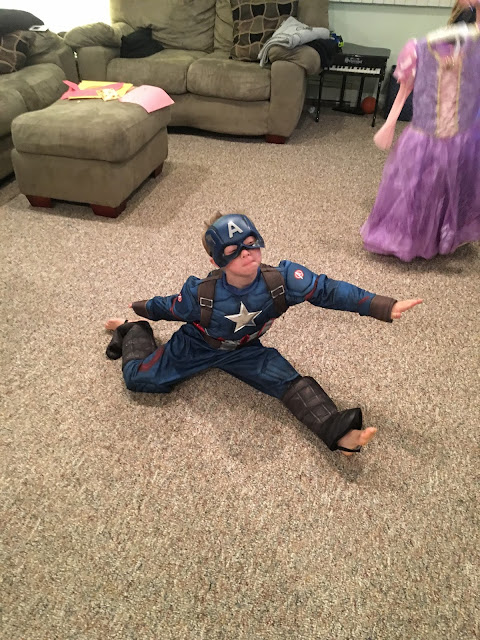 Kailey and Cody enjoyed themselves so we continued on for a little bit for returning home. Sometimes it doesn't matter how much you talk about trick or treating, he still just can't seem to get comfortable with it.
Posted with love by Kelli at 9:55 PM 1 comment: