The end of this school year also brought a very big change for all of us as Cody finished pre-K at Good Hands Childcare Center, a place we came to love very much. Cody's end of the school year came in two parts which included the end of the year show and his very last day of school. Both of these events left us feeling very emotional for lots of reasons but primarily because it was evident that our little boy was also transitioning from toddler into "big boy" status. It has been no secret that Cody can be our difficult one but although things are not always easy, he has changed a lot over the course of the last year in so many positive ways. 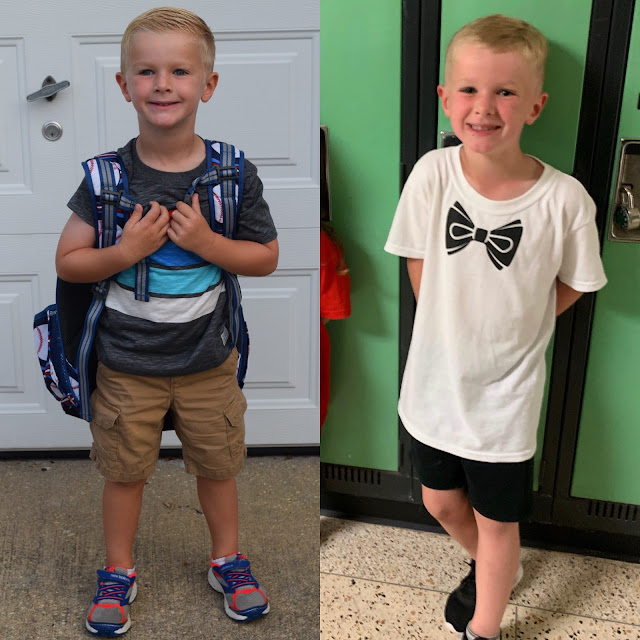 I think what has always been so difficult with him is that since he was a baby, he has been desperately trying to keep up with Colin and Kailey. Because of that we saw him accomplish skills this year like teach himself to ride a bike without training wheels, he's been fiercely independent, and he wants to do things his way. In the beginning of the year, he was much more likely to handle things that didn't go his way with crying and/or tantrums and although we still see that at times, it had vastly improved by the end of the year. We have been questioned at times at why we are sending him to Kindergarten when he won't turn 5 until mid-September and the reason why is because we absolutely KNOW he is ready. Although he will be a young Kindergartener, we know (based on experience) what readiness skills are needed and Cody definitely has those (again, due to his personality in trying to keep up with the others). We also know this because we are grateful that Cody had a very special pre-K teacher that helped him to prepare for this upcoming transition. 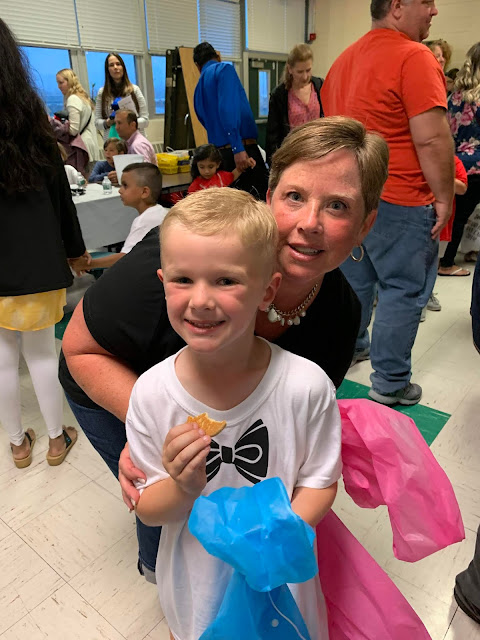 It was so much fun to watch him and his friends at the end of year show. As always, the staff and students put on such a great show with a great theme and we had so much fun watching Cody up on the stage. It was very clear to us that he greatly enjoyed himself. 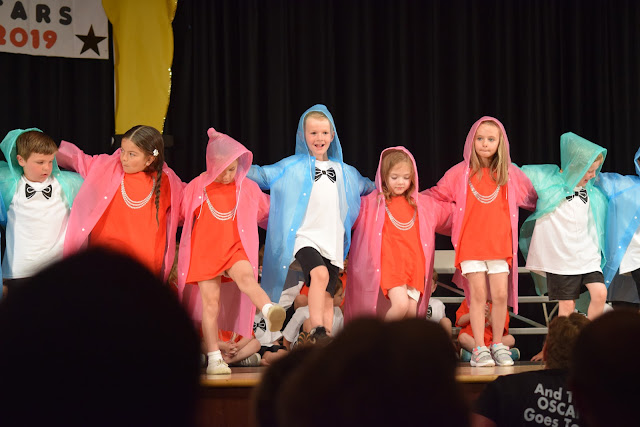 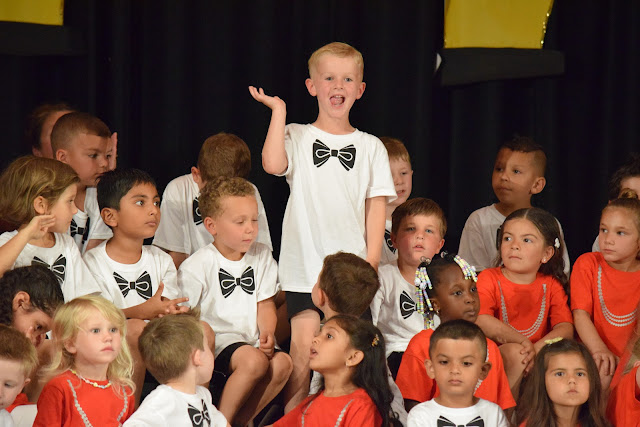 A few days after the show was Cody's last day of school, but also, our family's last day at the school. This was emotional for me because we started Good Hands after having already been at a daycare we loved and after we had a rough experience with Colin in a place he attended for a very short period. When we first met with the owner of the school, I remember asking about having a student with needs like Colin's and there was no hesitation in her voice when she said she would be happy to have him. We have cared for all of the teachers that have had all of our children because of how much they loved and supported them. Choosing a daycare facility can be a very difficult process because you want to find a place that will care for your children in the same ways you would if you could have them at home with you. We have trusted the women who have cared for the kids with our whole hearts and we know that they all had a significant impact on the development of our kids as they transitioned from babies to toddlers and then to children. Saying goodbye was difficult and there were LOTS of tears shed on our end but I am so grateful for all they did and for our wonderful experiences while we were there. 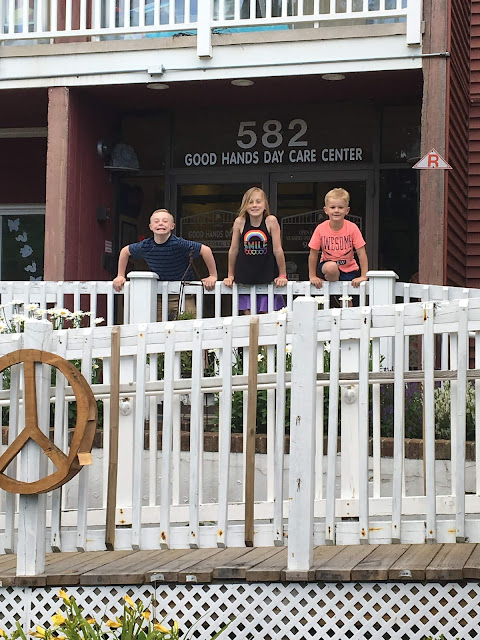 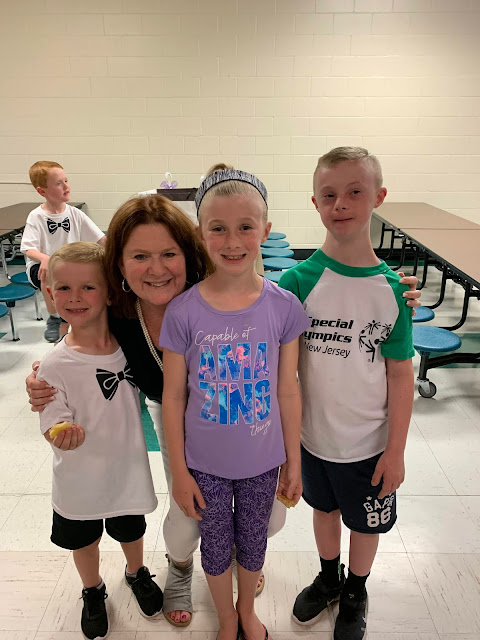 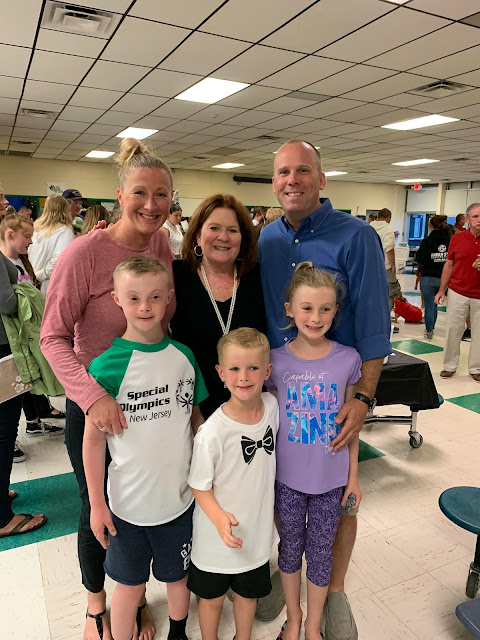 Cody has had the hardest time because although he is excited at being a big boy and going to Kindergarten, I think he's nervous about leaving a place he has been comfortable at and the only place he has known (he started when he was 4 months old!). I know he will be fine once the time comes to get on the bus with his brother and sister but just like anyone, the anticipation can be difficult! 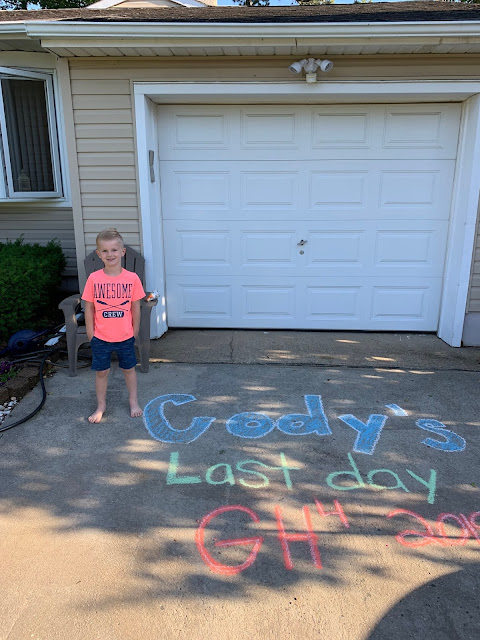 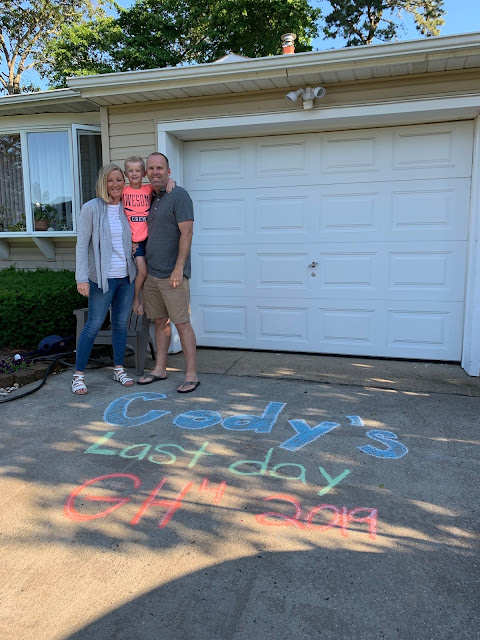 It is so hard to believe our "baby" is going to Kindergarten! However, nothing excites me more than having all 3 of our kids in the same building for 2 whole years!

Posted with love by Kelli at 5:16 PM No comments: