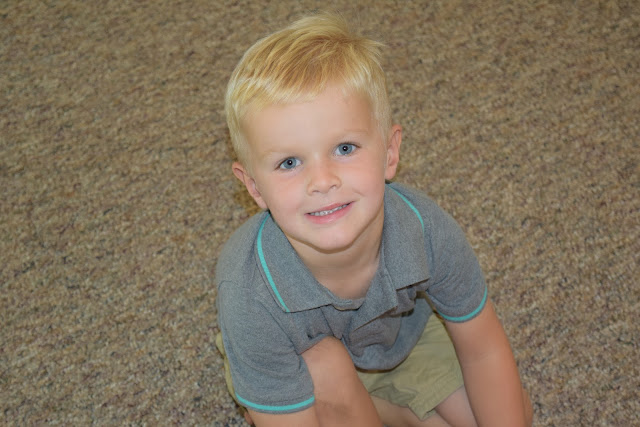 It's hard to believe that our little man is turning 3 today! He has brought so much spunk and energy to our lives! Cody is the kind of little boy who wakes up moving (although morning is not his best time of the day) and doesn't stop moving until his little body finally falls asleep (which takes a LONG time every night!). He is adventuresome and funny, active and polite, and absolutely loves to keep up with Colin and Kailey. He can also be incredibly challenging which we think is due in part to being "older than his age". However, despite what the day brings with it with him, when he wraps his little arms around my neck at night and gives me a kiss goodnight, I am so thankful for this little boy of mine. We love you Cody! Happy 3rd Birthday!

Posted with love by Kelli at 6:00 AM No comments: 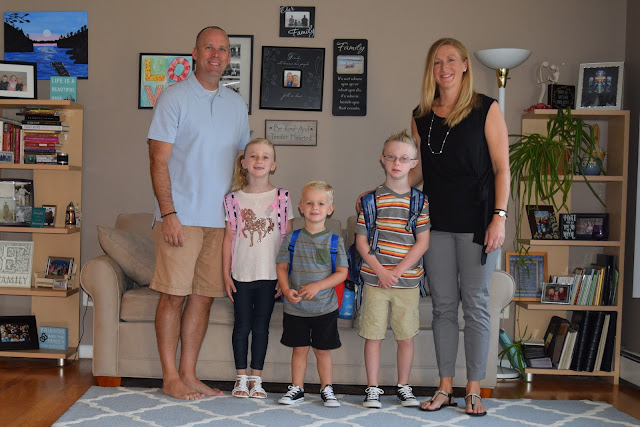 Yesterday was our first day back to school and back into our "normal" routines again. The kids were excited and ready to go back and while I don't think they realized it, were ready for that structure that wasn't fully there through much of the summer months. 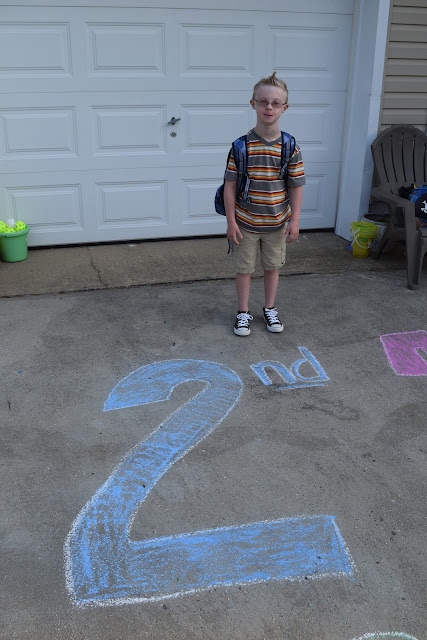 I was pretty anxious leading up to the first day anticipating the change that was about to happen. The first few weeks of school are always a "catch 22" around here. We are always ready for the structure and routine but then when it gets here, it's such an adjustment getting back into it again. In addition, while I felt the best going into this school year for Colin with how things were already set up and in place, I still have an immense amount of worry (as always) about how things will play out day to day. I know he has the supports in place to be successful, and he has some dedicated people that are working with him, but as a Mom, I still worry. After coming off of a really good year in 1st grade, he's grown so much over the summer and he was so excited to be back so I'm praying for another great year for him. There's just always so many logistics (including the bus!) that are always on my mind for him. 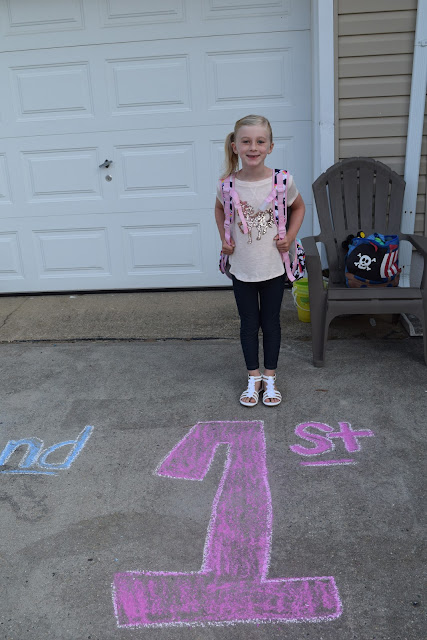 Kailey was so excited about going back she was up at 4am asking if it was time to get ready for school. When I got home, she was very emphatically telling me that 1st grade was "SO MUCH BETTER than Kindergarten" (and she loved Kindergarten too!). She had a million things to tell us (I can't tell you how much I appreciate having the child who spills EVERYTHING about school when I also have the child that tells me very little about his day), including about how the principal had to rescue the frog from the field so it didn't get trampled which meant Kailey got to hold the "thing that she talks into". 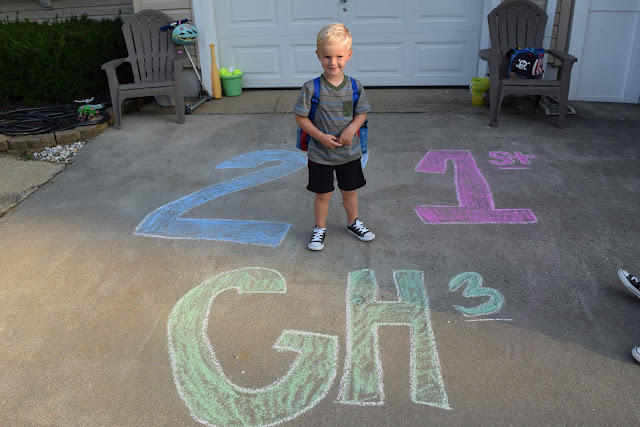 It was very surprising to me, but Cody was very excited about going back too. He had met his new teacher last week and was talking about her and his new classroom quite frequently. We received a "perfect" report for the first day which was a relief (he's certainly far from perfect at home!). We've always said this but with Cody, he seems "older" than his age. He wants to be on the same level as Colin and Kailey so having his own class, teacher, etc. are very important to him as well. I also think this contributes to many of the behaviors we experience with him because while he may act older sometimes, he really is still just a 2 year old. (See example down below which occurred during pictures). 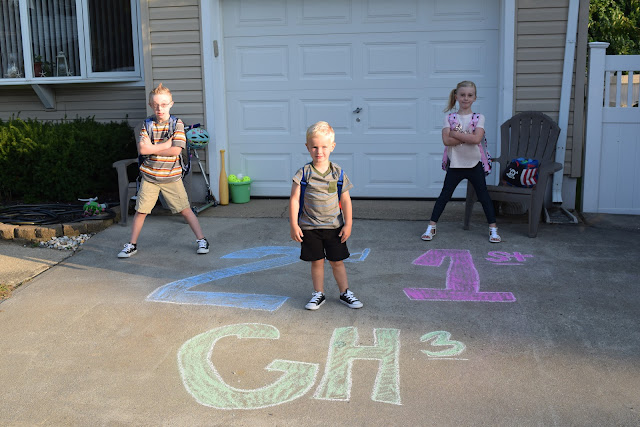 Day 2 brought with it a little bit of a disruption of the honeymoon period of the first day. Cody gave me a really hard time at drop off, Colin had homework, and I think everyone was just a little bit more tired that yesterday. It's just one more time period to push through and hopefully come out on the other side unscathed.

We are hoping for many great things this year and look forward to all that is yet to come! 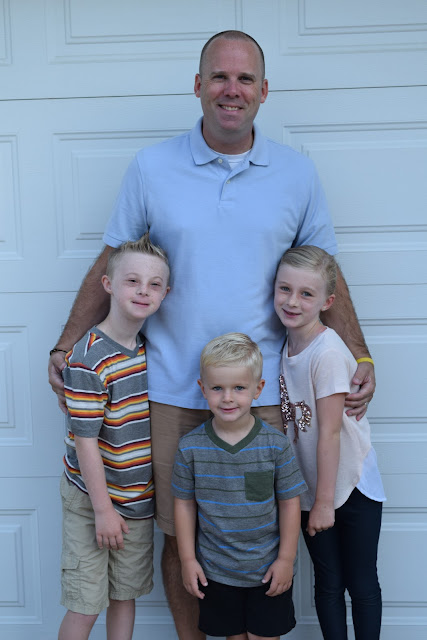 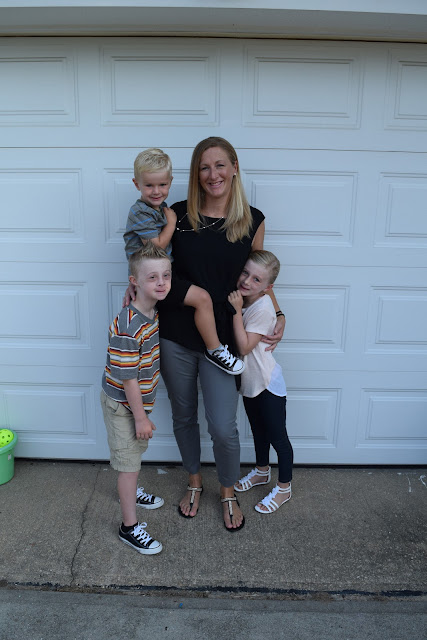 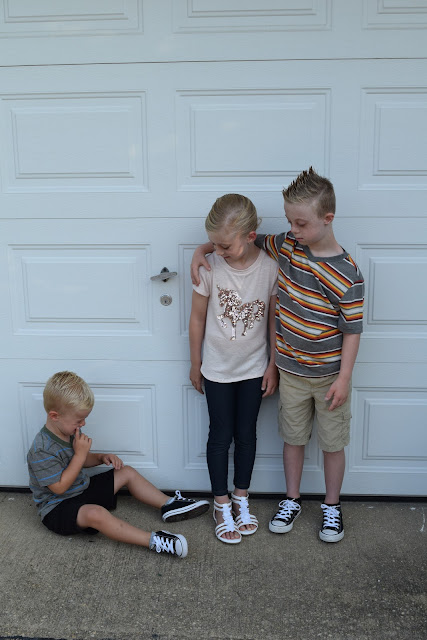 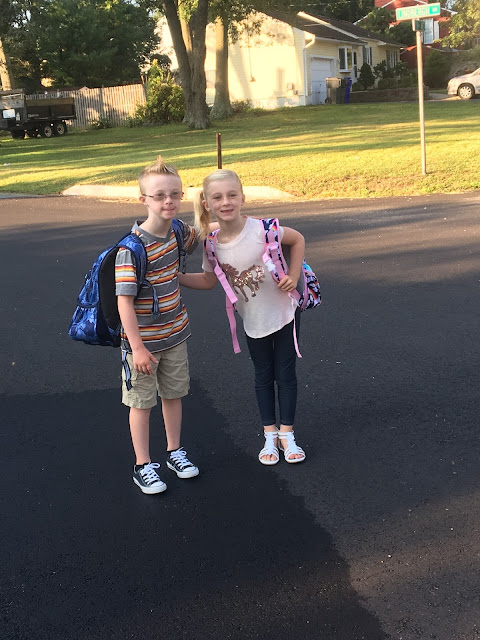 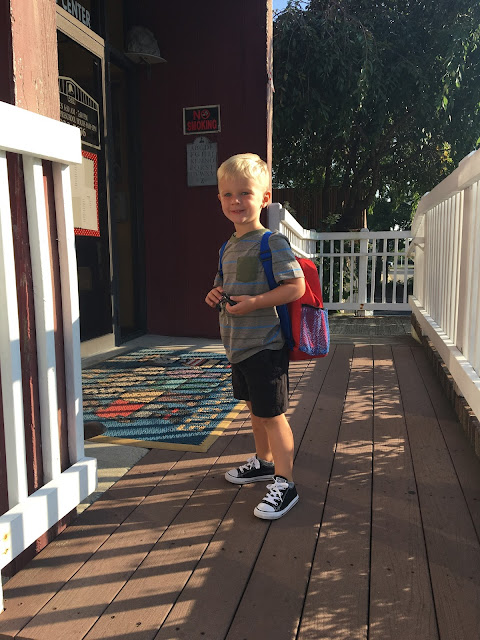 Posted with love by Kelli at 9:26 PM No comments: 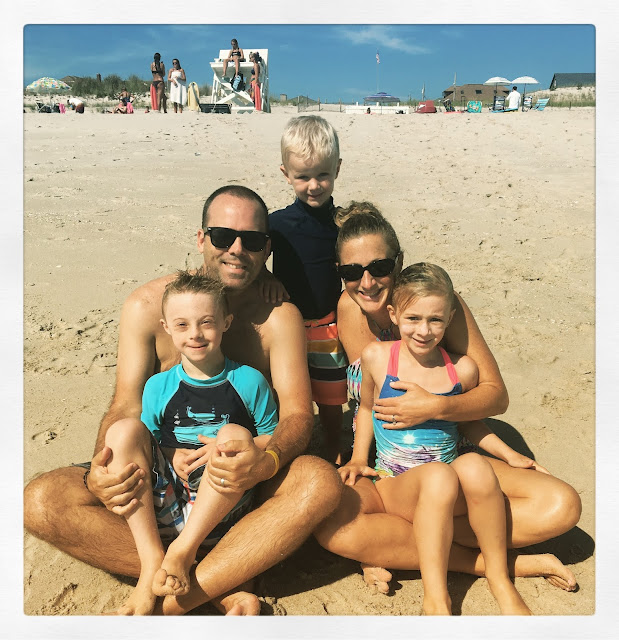 Today we said our official goodbyes to summer by spending one last family day together at the beach. It was the most perfect beach day to end the summer and although it was very bittersweet, we are ready to have some structure and routine in our house again. We are so thankful for the time we spent with friends and family to make it one amazing summer with lots of memories made.

Although I think there is some anxiety in our house tonight anticipating our first days back, I think we are ready to see what the 2017-2018 school year has in store for us.

It was fun reflecting back on such a great summer through pictures! Enjoy! #tobinsummer2017

Posted with love by Kelli at 9:00 PM No comments: